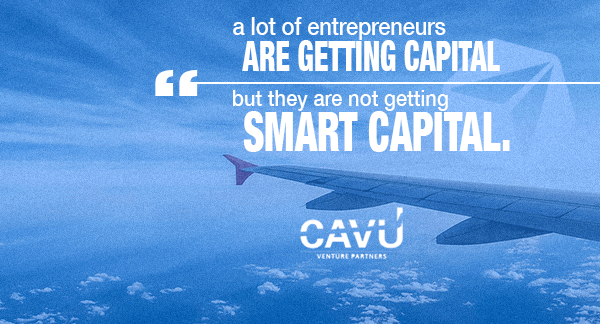 The Launch Module team produced an investor presentation for the CAVU Venture Partners $160mm fund in 2015 and we are amped to see these Consumer Packaged Goods industry experts driving healthy food and drink brands effectively to market.

Following is some of the latest on CAVU Ventures’ action in the ‘challenger brands’ CPG space, kicking it off with a profile in Fortune:

Last summer, Clayton Christopher wanted a new challenge. He had just sold his 5-year-old Deep Eddy Vodka business to a Kentucky distiller for nearly $400 million, and was still sitting on plenty of cash from his previous beverage venture—Sweet Leaf Tea Co., which had been acquired by Nestlé.

“I had been a pretty active independent investor in food and beverage brands for a while, and had started to think about having more of a formalized fund where I could have more say and influence,” says Christopher, who had originally launched Sweet Leaf Tea with the $14,000 he had in a savings account. “So I began brainstorming with Rohan and Brett.”

That would be Rohan Oza, a former Coca-Cola executive who went on to help build Vitaminwater, which later was acquired by Coca-Cola; and Brett Thomas, former managing member at investment firm Thematic Capital Partners. The pair had been talking on and off for several years about creating an investment platform for the consumer products market, but also felt that they needed a successful entrepreneur who would appeal to other entrepreneurs.

“We’ve nicknamed Brett ‘The Hunter’ because he goes out and sources the best deals,” explains Oza, who was profiled by Fortune in 2014. “In this case, his ‘deal’ was to bring me and Clayton together.” Read more at fortune.com.

“What we look for is a passionate entrepreneur that has a learners’ mind-set versus a knower’s mind-set,” Mr. Christopher said. “Knowers scare me. Because I used to be one once, and they’re really dangerous to their business.”

“That’s really what we aspire to bring to our partners and the companies we invest in,” said Clayton Christopher, co-founder and partner of CAVU Venture Partners. “One of the things that I see too often is a lot of entrepreneurs are getting capital, but they’re not getting smart capital.” Read more at foodbusinessnews.net.

Even Beyoncé is in on the healthy CPG action as an investor:

Has Beyoncé discovered the next coconut water? – MarketWatch

The 20-time Grammy winner announced this week she is becoming a “meaningful” equity holder in a three-year-old startup that makes cold-pressed watermelon water called WTRMLN WTR. At a time when soda sales are declining while sales of bottled and flavored waters are exploding, it may turn out to be a smart business move for the former Pepsi spokeswoman. PEP, +0.38%.

Consumers in the U.S. are more health-conscious than before and willing to spend on healthy options, said Eric Penicka, a research analyst at Euromonitor International, a market-research firm.

Her latest venture seems like it’s positioned well. Sales of bottled flavored water grew more than 400% to $917.1 million in 2015 from $174.8 million in 2001, according to Euromonitor International, a market-research firm. Sales of regular bottled water are far higher: They grew 92% to $15.9 billion in 2015 from $8.3 billion in 2001, at the same time when the market for soda has shrunk. (WTRMLN WTR’s website states it doesn’t add any water to its product; the beverage is cold-pressed watermelon with some organic lemon juice). Read more at marketwatch.com.

Here’s what’s happening with some of CAVU Venture Partners portfolio brands on social. Beyoncé? Who knew?

Pitch, Meet, Close. Launch Module Media and the Art of Staying Out of the Way

So, in closing, here’s an example of three dynamic founders who could pretty much walk into a room and raise $100mm together. That was the objective when we began working on their investor pitch deck. Look at the track record. Feature past successes. Explore synergies. Keep things visually clean and simple. Refine and clarify the arguments for the capital raise. Deliver. A $100mm objective becomes $160mm, just like that. Snap.