Your BRAND is valuable to your business and you want to keep it fresh and relevant. If you are considering rebranding, here are some things to consider for a successful rebrand.

1) Prompt a reconsideration by your target customers.

2) Express a change in offering or scope of business.

3) Convey a new entity after a merger or an acquisition.

If you do decide to rebrand:

1) Ensure your change is substantive not superficial. Customers will expect more.

2) Do your research. Get input from employees, sponsors, customers, etc.

4) Expect results in the long term.

Rebranding can be rewarding if you do it for the right reasons and in the right way.

5 Ways to Add Impact to Your Hedge Fund Pitch Book 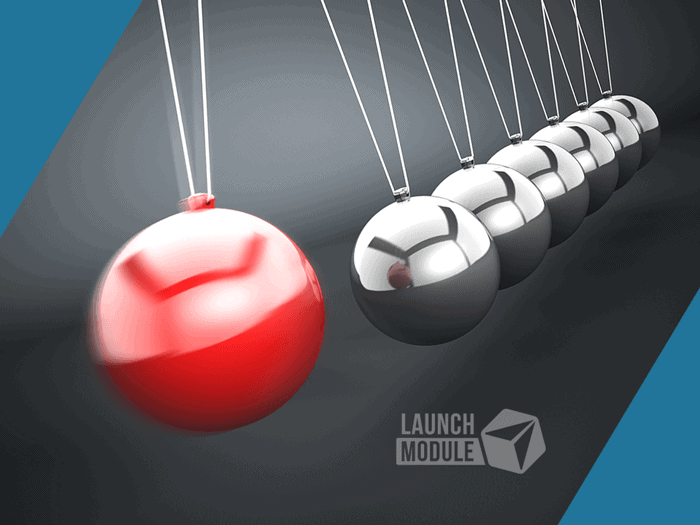 We’re of course a fan of #4 — Look the Part. Meaning, bring a killer pitchbook to your meetings.

There are five ways to improve the impact of your hedge fund pitch book with institutional allocators, according to JD David, partner and chief operating officer at Meyler Capital.

David says: “We produce a fair amount of marketing collateral… and in the process have exposure to a lot of manager material. While one can argue whether or not a ‘right’ or ‘wrong’ approach exists to building a marketing deck, there is a compelling case to be made that there is definitely a ‘better’ and ‘worse’.”   In conversations with allocators, the deck’s primary purpose is to address some very straight forward questions.   “Unfortunately, many managers we interact with end up treating the deck like a DDQ and pack it full of information. As if somehow, adding more words makes it more ‘institutional.’”

Here’s a quick breakdown of the main points from this excellent article:

1. Eliminate the extraneous – The marketing deck is just one step in a long communication process. From a marketing perspective, the deck isn’t designed to “sell” your fund, it’s designed to help advance the dialogue.

2. Speak English – Industry vernacular can be necessary in order to effectively communicate certain points of your message, but syllable counts shouldn’t get confused with sophistication.

3. Make a statement – This is actually the easiest hack of all, but sadly, the hardest to convince people to incorporate into a deck.

4. Look the part – From oil well firefighter, Red Adair: ‘If you think it’s expensive to hire a professional to do the job, wait until you hire an amateur’.

5. Practice – There is not a professional presenter in the world that gets up in front of an audience without a boatload of practice.

Branding Bad: Election 2016 and the Painfully High Cost of Marketing on the Cheap

Marketing and Branding. Do it cheap and fast, expect problems. Writing? Same drill.

Elections 2016. What a train wreck. I have work I should be doing, but I can’t help looking at the arguments I make for care in creating marketing content — and how sometimes people are so fixated on low cost and fast turns that they take insane risks with their brand development.

You would think. You would think that our two powerhouse political parties (and with only two, it’s always a fight, never a party) would easily have the resources to market their selected candidates effectively. Just as any (successful) startup would.

I’m reminded of young Summer days, walking across a hot parking lot, with my shoes getting caught in the melting tar. Once you’re halfway in and realize you should have walked around on the grass, it’s a bit late. Let’s jump right into some of the recent messes.

Melania Trump’s Plagiarized Speech (Copyscape anyone? How about 5 minutes on YouTube?)

Morning Joe got an early jump on this debacle, broken down by Raw Story:

Melania Trump gave the first major speech of her life Monday night at the Republican National Convention — but her success will be overshadowed by some pretty obvious plagiarism accusations.  Portions of the speech closely resembled a speech given by Michelle Obama in 2008 at the Democratic National Convention, and panelists on MSNBC’s “Morning Joe” blamed Donald Trump’s bare-bones campaign staff for the ethical lapse. Read more at rawstory.com.

The Problem with Speechwriting in 2016

Tools exist to both allow and prevent cribbing the writing of others. For an event to be viewed by 35 million, it’s unbelievable to think that something like this happened.

Let’s move on to something that all brands need and all brands screw up, from the pizza shop on the corner, to Uber. Logos.

I don’t have the words. Let’s just take a look.

The Trump/Pence logo should be pixellated at the point where the T penetrates the P's hole pic.twitter.com/WxUedIB42A

@ChuckWendig but then you can’t have this (credit goes to someone named Perry). pic.twitter.com/0zKUnj9DAe

It gets even worse.

Breaking the mattress of America. pic.twitter.com/M4Cq62YS2c

And then there is this. Note while inserting the media (cough) in WordPress, I chose to change ‘Align Left’ to No Alignment. I’ll see myself out.

OK. So Team Trump went back to Fiverr or Hire-a-Freelancer and got a graphic designer to take out the offending artwork for 20 bucks or whatever.

But the damage had already been done. The logo wasn’t BAD. But it wasn’t VETTED outside their little circle. And they didn’t hire a designer who had experience vision boarding, roundtabling, and other snarky little design activities that are very precious and probably not very Republican, but lead to giant embarrassments like this being avoided.

Let’s not lay only into the Trump campaign. Here’s Team Hillary’s disastrous logo.

Hillary's logo reminds me of a plane hitting the 2 towers. She literally can't do anything right. @HillaryClinton pic.twitter.com/pmmNgseprc

Sounds like a stretch. But people are smart. They are visual. And they will make connections.

Why Is Hillary Clinton Logo The 9/11/01 WTC With A Plane Going Through It – She's With Them #Hillary pic.twitter.com/um49C0NdQX

Arguments could be made in defense of each logo, of course. Again, they are not BAD.

But here is what the two logos do have in common. They look fracking cheap. They look like they came from a freelancer site. They could very well have been created in Microsoft Paint.

Now hang on you say. Wasn’t the Nike logo $50? What about Apple’s first logo? Points taken. But in 2016, whether for a brief political campaign, a startup, or a business, you do not have 20 years to develop your branding. Do it badly on a big stage and you will lose massive brand capital. At smaller scale, you will simply be quietly rejected and lose opportunity and traction.

Invest in each, or perish. Gotta get back to work. My Clients pay me to put them in the best light and never to embarrass them or harm their brand. I take that dead serious.

✍ Erik J. is the founder and director of Launch Module Media based in Greater New York City.